This is oh so hard. We hold onto so much baggage from our past and if we had a wish it would be that our children would not have to feel the same hurts we have felt. Many of us have a strong Mama Bear instinct that would have us move mountains for our kids. But we cannot always protect them from the pain of reality and sometimes, it actually hurts our wounded souls more than it hurts them.

There are times when our children would actually be better off without us projecting our fears onto them. Sometimes, what we perceive as an injustice is nothing more than part of a child’s play, especially when they are young, 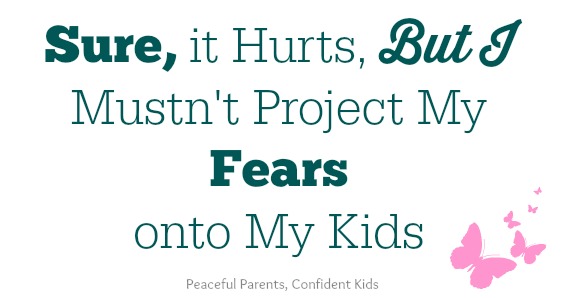 I had this epiphany the other day, when my vivacious three year old was presented with one of life’s harsh realities – not everyone is going to want to play with you. Her reaction to this has made me completely adjust my thoughts and trust that she doesn’t need me to fight her battles for her.

It was a Saturday morning and I had taken my two daughters, Lucy (3) and Penny (2) to a nearby indoor play cafe. It was fairly quiet at the indoor venue when we arrived so the two girls skipped off happily They carted two little dolls with them from structure to structure, taking them down long slides and bouncing with them in the jumping castle. They were having a ball.

Before long, some little girls arrived wearing fairy costumes. They must have been around seven or eight years old and were coming to a friend’s fairy princess party. My Lucy was in awe. She sat by me, gazing over the back of her chair longingly as several more fairy princesses arrived bearing beautiful gifts for their friend.

There was a table set up just by us complete with glitter, balloons and other fairy trinkets. Needless to say it was almost too much for my little girl to bear.

She queried why she couldn’t join them as they disappeared upstairs, into the party room, led by the Fairy Queen. But she reluctantly went back to her own play after I explained that they were here to celebrate their friend’s birthday and needed their own area upstairs to do this.

Several minutes passed and it seemed that Lucy had all but forgotten the girls and was happily running about playing and exploring independently. Suddenly, the centre became a little more lively as the fairy princesses came cascading back down the stairs with their wings, wands and tutus and headed excitedly towards the ball pit. They piled in and began squealing with delight as they threw balls at each other and tried to bury themselves in deep as the balls swallowed them up.

Well, that was it, Lucy could not hold back any longer. She dived into the pit after the girls, not saying a word but showing in her body language and gestures that she was excited to be joining in. She reached to pick up a ball but had it blocked by a fairy who grabbed the same ball and tossed it to her friend.

Not fussed in the slightest, Lucy collected another ball and mimicked the actions of the girl by throwing it to the same friend. Her little eyes were lit up in anticipation of what would happen next. When no ball was returned, she dived excitedly towards the outside netting of the pit, keen to show off her other skills to the princesses. 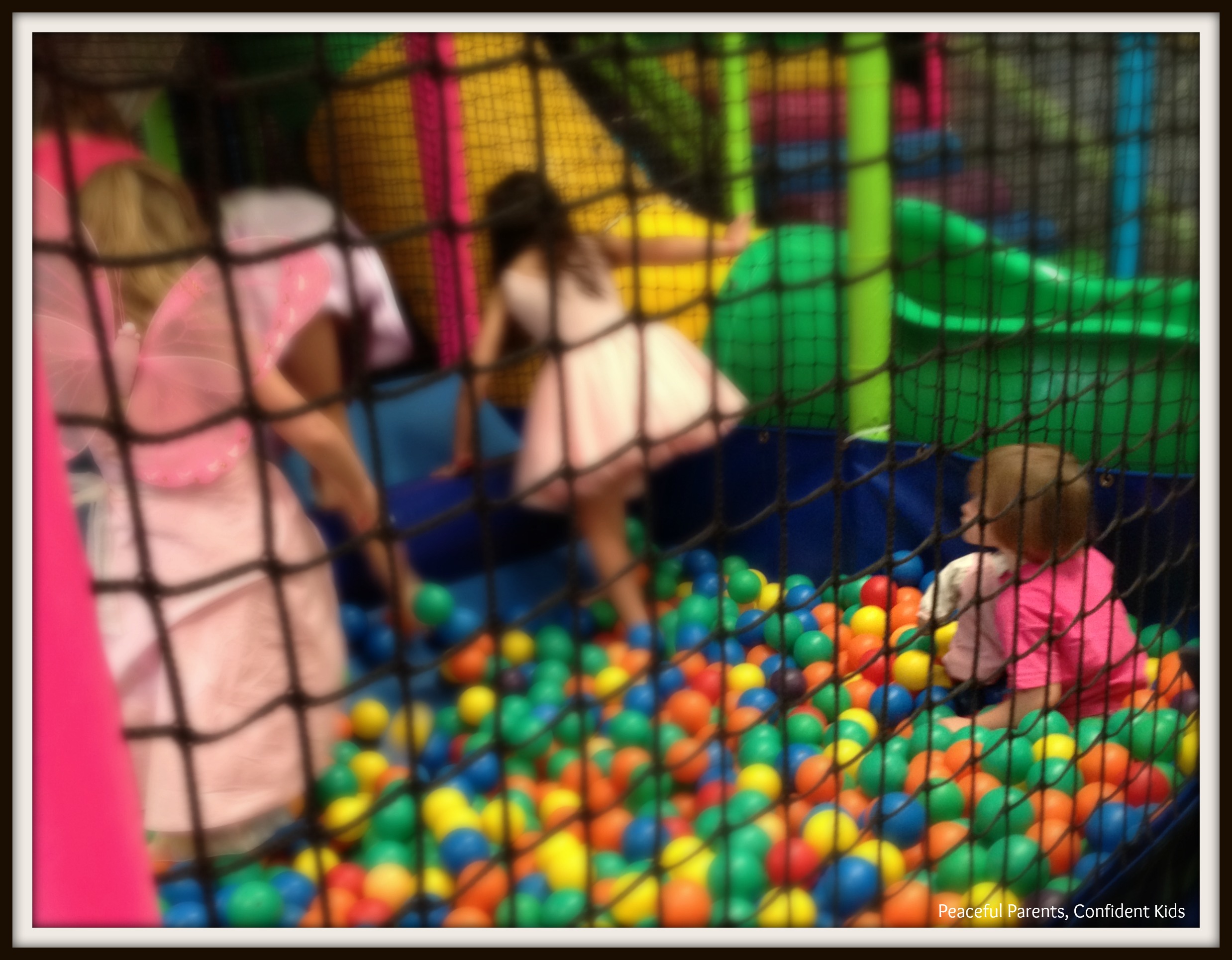 It was in this moment that this mama’s heart broke ever so slightly. I watched in agony as the girls used this opportunity, whilst Lucy’s back was turned, to start a mass exodus from the pit. It was clear that they did not appreciate an intruder’s presence in their party pit and one by one moved quickly, giggling, out through the netting and onto another structure.

As Lucy regained her footing and struggled to turn herself upright in the quicksand of balls, she noticed the girls departing. She sat where she was. She didn’t try to follow. She watched forlornly as the fairly princesses left her there, alone. The pit, once a buzz of excitement and joy was now just a lonely child in a sea of colour. I made a move to go to her. To acknowledge how disappointed she must feel now the princesses had gone. But something told me to wait, to watch, to observe her reaction before jumping in.

I’m glad I did, for within 10 seconds, her eyes broke their gaze from the girls and she turned to where I was sitting, just outside the pit. She dived over to me, landing in a heap on the balls before scrambling up the net and excitedly blurting out. “Did you see the big girls playing with me, Mum? We were throwing balls and having lots of fun!”

There was no sign of disappointment. She was not sad they had left. She was grateful for the small snippet of play she had been involved in. She knew it was not her party and understood the girls’ need for space to play. She had stolen a precious piece of it and was super excited about that.

My own insecurities, have no place in her innocent mind. I am so pleased I did not project my fears and let her know of the injustice I had felt on her behalf. I know there will come a day where she will face rejection and feel its effects but my rushing in to rescue her is not going to help her develop the resilience nor self-confidence she needs to take with her through life.

Lucy taught me a valuable lesson that day and I am ever so grateful.

My parenting is inspired by the RIE approach. If you are interested you can find more info here or I highly recommend these books (affiliate links):

16 thoughts on “Sure, it Hurts, but I Mustn’t Project My Fears onto My Kids”