Over the past couple of weeks my usually placid, youngest toddler has become more assertive, more demanding and generally more testing. Coincidentally we celebrated her second birthday last week. Does this mean we are in for a healthy dose of the terrible twos? Funnily enough, I don’t think so. I have written extensively on my eldest daughter’s testing behaviours over the past year here, here and here. We have certainly been put through our paces with her and have come a long way as a family and as parents since these early days. 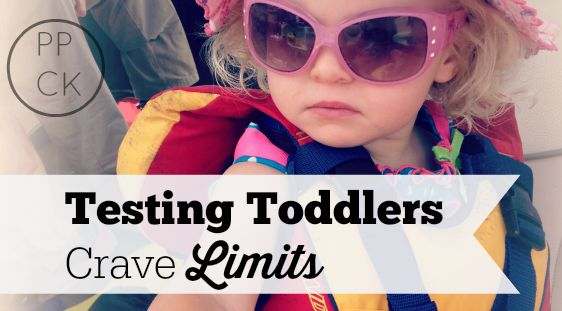 One of the things I have learned along my parenting pathway, though, is that I don’t know everything. I am only three years into a 40+ year parenting course and sometimes it seems I am back at College, completing the world’s longest, most gruelling degree. The difference is, my teachers are my children and don’t like to give out information too easily and instead of sitting end of term tests, there seems to be at least one a day and sometimes more, especially if my performance is not satisfactory.

Luckily my teachers are a little more forgiving than my lecturers were and will offer resits on a daily basis or until I am at least competent enough to move on to the next challenge. Sometimes though, I am not even aware that I am failing the tests, until my ‘teachers’ have no choice but to make it so obvious that I have to stop and figure out what the test is about and where I am going wrong.

We are in the midst of one of these tests at the moment.

Penny has always been a cooperative child who loves to please and rarely needs to be asked more than once to do something. We have never really struggled with nappy changes or dressing or transitions etc and the only time my patience has really been tested with her has been when she insists on packing away her toys before she comes for dinner/ bath/ an outing etc (tough, I know!) So you might forgive us for being a little slow in realising that as she forges forward through toddler-hood, her innate desire to assert her independence, and gain autonomy is developing.

She has been slowly testing limits over the past couple of months but with less of the conviction and determination of her older sister. As a result we have been a little more lax in setting the limits she needs to be confident in herself and in us as her strong, capable parents. I have also found that due to her placid demeanour, I have felt quite confronted when she shows extreme emotion. It is upsetting for me to witness and I have a hard time not wanting to make her pain go away by giving her that one last chance to get into the car herself, or climb up to the table for dinner or walk to the bathroom to wash.

Our normal procedure for limit testing is stating the expectation for within a certain time frame eg. “In two minutes I would like you to get into your car seat”. When time is up we say “Ok, it’s time to climb into your car seat now.” If there are signs of testing, we offer the choice “Would you like to climb up yourself or do you need me to help you do it.” If a satisfactory effort is still not made to get into the seat we give a three second warning to indicate they need to make the choice or we will make it for them “You have three seconds to climb in yourself otherwise you are telling us you need help ~ 3-2-1.” Then “Thank you for letting me know you need help.”

Now, this is where Penny has begun very assertively screaming out “No! I do it!” and wriggling free of our grip and then getting into her seat herself. She pushes it to the very limit and then finally backs down and does what she has been asked. To avoid the confrontation we have been giving her that final chance and in doing so, we have been subtly telling her that our limits are not firm; they can be pushed. She is now, consequentially pushing boundaries a little further.

Recently, we attended my nephew’s first birthday party. It was a low key event with family only and the children had a wonderful time playing with their cousins. Towards the end of the afternoon it came time for the birthday boy to open his presents. It was exciting for all the children as a large number of toys began to fill the room. Centre stage was an impressive tree house ball run. All the children were transfixed on this toy, vying for position around it and exploring all the colourful lights, buttons and cubby holes the toy proudly displayed.

Penny sat amongst her cousins in silence, observing the toy but never touching and not saying anything. She showed this incredible patience for over ten minutes until one by one the other children lost interest and left the room. She was the last one sitting there. This was her moment. Her patience had paid off and she was now free to explore in her own way and at her own pace. Safe to say, she was transfixed and fully absorbed.

Now, although it was time for our departure at this point I allowed her to have her moment a little longer and stalled the goodbyes for nearly half an hour. When I knew I could delay no longer, I turned to Penny, got down on her level and said “Penny, we are leaving in five minutes so start finishing up with your play, okay?” And right there I had made mistake number one. By adding the okay on the end I was indicating to Penny that there was an option, she had a choice in the matter. Not only that but it does not make me sound like the confident and strong leader she needs me to be when I say ‘okay?’ like I need it to be okay with her.

So when the time came to leave the tree house and come out to the car, Penny chose to stay. She clearly told me “No” when I told her we were leaving and to say goodbye. I urged her to finish up, desperate not to leave with a screaming child but she sensed my nervousness and dug her heels in further. Knowing I had stuffed up and now needing to put on my CEO hat normally reserved for her older sister, I ran through my usual offer of the choice to walk or be carried but to know avail. In the end I had no choice but to let Penny know I was going to pick her up and carry her to the car. As I did,  I acknowledged what it was that she wanted and then confidently moved in to pick her up. I proceeded to carry her kicking, screaming and arching her back away from me all the way to the car.

I was a wreck by the time I got there and thankfully was able to pass her to her father to complete the ordeal of strapping her into her car seat. I knew then that I needed to change my mindset and actions in dealing with Penny’s testing behaviour. I remember reading this post by Janet Lansbury in response to a parent who was having a hard time with their testing two year old she said:

‘She has strong opinions and the attitude to go with them, some of which are going to be nutty and inappropriate, but the fact she expresses herself this way means she’s an assertive, self-confident girl.’

This has stuck with me and I have taken it to mean that we should feel happy our children assert themselves so confidently at this age. This is the foundations they are laying for standing up for themselves and remaining confident as they grow into adulthood.

So I am grateful. Although it was easier when Penny was cooperative, compliant and easy-going, I am grateful that she is now showing a strength and assertiveness previously not seen on this scale. My job now is to support her by lovingly setting the consistent limits in a calm, CEO-like manner that she is crying out for. I have successfully done this for her older sister and now it is her turn.

I have finally figured out what my daughter has been asking of me, so now, hopefully, she will soon give me the tick of competence so the tests don’t extend too far into the future 🙂

For further reading on toddlers testing limits, these articles are really helpful: 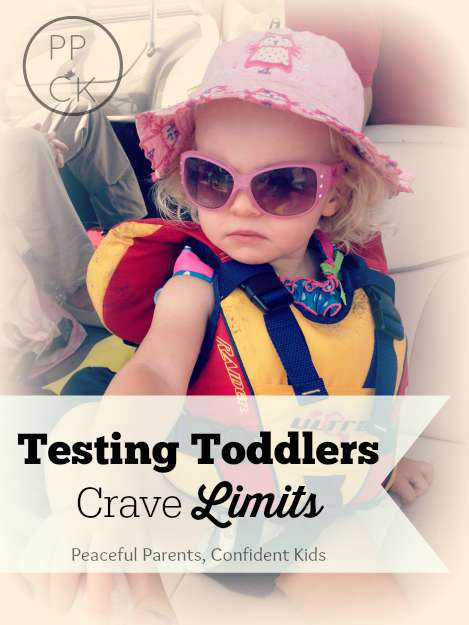