The use of peaceful discipline is sometimes misunderstood, but when adopted correctly it has the potential to not only guide children towards making better choices but to also build their confidence.  When discipline uses fear, shame or other unpleasant strategies to force children to behave in an acceptable manner, it can have the complete reverse effect. 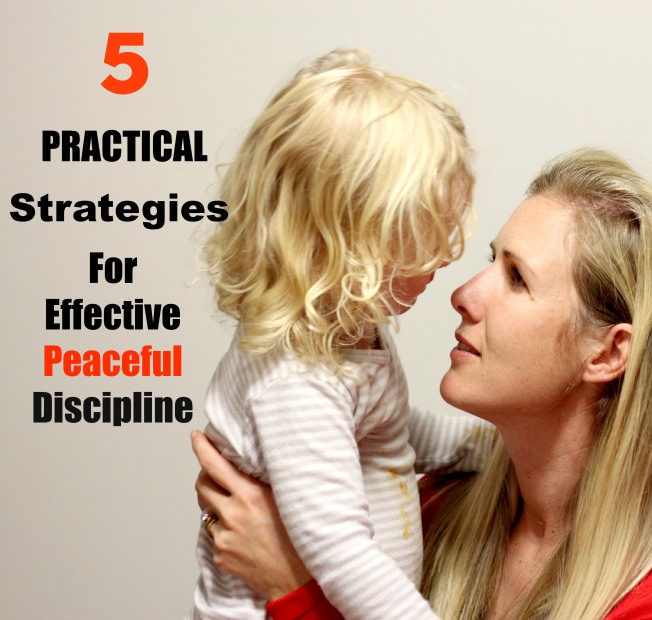 Discipline can sometimes be used as a tool of power to wield over children in the hopes they will obey our every command. Using this form of discipline may indeed convince a child fairly quickly that they don’t want to feel that horrible feeling when they do something wrong. It may even consequentially reduce the undesired behaviour as intended but in doing this the child has missed out on a crucial step. They have been denied the opportunity of internalising the right way of doing things; coming to their own conclusion that they shouldn’t behave in that way with good reason. They haven’t learned the art of self-discipline.

Of course this doesn’t mean that we bring our children up in an environment completely devoid of limits or expectations, being too permissive in this way can be equally damaging for children as they spiral out of control and lose the feeling of security every child needs.

The type of peaceful discipline proposed by Magda Gerber through the RIE organisation she founded uses respectful, loving and gentle practices to help our children internalise the type of behaviour we would like to see in them.

We have been following a peaceful discipline path for a number of years now and have at times bumbled along somewhat blindly, feeling our way for what works and what doesn’t.  We have found the following five strategies, when used effectively in combination and delivered to our children calmly, have been the most effective discipline tools we have applied.

When we model kind and generous behaviour, our children see this and learn from it. When we are persistent and persevere through frustrations using positive self-talk, our children learn not to scream as soon as they can’t do something. When we act gently towards them, even when they do something that angers us, they learn that violence is not the answer. There are so many things our children watch us do everyday. The messages we send our children do not only come in the form of words, more often, in fact, they come in our actions.

For example: I recently had to follow instructions to put together a double-barrel spinning compost bin. There were many moments where I found it difficult, made mistakes and became frustrated. I wanted to scream and yell and curse but mindful of my children, I verbalised: “I am getting frustrated that I can’t clip these lids together. I know I can do this so I am going to take some deep breaths, count to 10 in my head and try again.” When I retried, I talked to myself as I exerted the effort needed to clasp together the joints “This is really difficult but I know I can do it. I. just. have. to. squeeze. a. little. more…there. I did it!” Modelling perseverance, self-belief and anger-management all whilst my children looked on.

Children need to know what the limits are. They can’t automatically know that pulling the cat’s tail, for example, is not acceptable, they need us to not only tell them we won’t let them do that but physically stop them doing it if they seem unable to stop themselves.

Any behaviour that is not appropriate, whether in the family home or out in public, needs a clear limit set appropriate to the child’s age and understanding. Limits should always be set when it comes to physical violence, destruction and of course unsafe behaviours such as running on roads or playing with power points.

Limits are also important in public where their naturally curious and exploratory nature might be at the expense of others eg. grabbing items from shop shelves or pulling dirt out of shopping centre pot plants etc. It may also be necessary to set limits around behaviours that are particularly triggering or upsetting for the parent eg. upending the clothes drawers or splashing water out of the bathtub.

When we set limits for our children we ensure we do so calmly and clearly, with a matter-of-fact tone. If we are ambiguous or become frustrated or angry, it is unsettling for children and they will seek to test again in other ways to be sure of our ability to be the strong, confident parents they need.

We also need to be prepared to patiently enforce the limits repeatedly as our children will usually retest them to determine whether in a different time, place or outfit, the limit still remains.

Limits should never be placed on the expression of emotion. If a child is unhappy about a limit that has been set for them, that is perfectly okay. Allow them that feeling and, in fact acknowledge it to let them know it is normal.

3. Setting up an environment that encourages success

It is important that during a child’s early, explorative years, they be given a certain level of freedom to engage fully with their environment. This means that anything they encounter within the environment is potentially free game to them. If we do not want our children to empty all the kitchen drawers of the cutlery and tea towels and pull all the tin foil from the roll, then we should not give them access to these drawers or be prepared to stop them before they do so.

Becoming frustrated with them or angry because we have told them 15 times not to pull everything out of the drawers is not really fair. After they have done this 1-2 times, as parents, we should put steps in place to help them succeed i.e. latches on the drawers or a new home for the utensils for the time-being.

Ideally, a young child should have a designated space that is a small portion of the entire house. Restricting their space in this way actually affords them more freedom then allowing them open access. Play pens for younger, less mobile babies or a gated off room for toddlers are perfect ways to set a child up for success.

4. Preventing behaviours before they occur

In the same manner as having a secure environment helps prevent unwanted behaviours, being a proactive parent and predicting behaviours in order to be there to prevent them is vital. Many of us know our children’s inclinations whether it’s biting, hitting, throwing toys or ripping book pages, often times, they tend to happen more than once and we begin to see a pattern of behaviour.

As we recognise a behavioural pattern in our children clearly telling us they need help, we need to step up and be more aware and more present when our children are at risk of engaging in these behaviours. This might mean shadowing our children to prevent a hit or bite when they are around other children, or sitting with our child whilst they read to prevent the pages being ripped or only offering board books instead.

Consequences for certain behaviours may at times be appropriate. It is important that the consequences we choose are relevant to the behaviour that was unwanted. This is known as a logical consequence.

For example, if a child has repeatedly or deliberately tipped over their bowl of food at the dinner table, a logical consequence might be that their dinner is taken away and/or they could help clean up the mess (depending on their age). It would not be logical, however, to take away a favourite toy or send them to their room as a result of this action.

Not every action our child exhibits requires a consequence. Many behaviours such as hitting or biting should be, wherever possible, prevented using the strategies referred to above. If appropriate, we might invite the child to help us collect an icepack from the freezer for the injury so they can be part of a restorative practice, but this should not be forced.

Often a child’s misbehaviour is a signal to us that they are in need of something. It could be as simple as food, drink or sleep or it may be that they need some more connection with us or are communicating a deeper hurt or pain. For that reason it is so important that our reactions to their behaviour do not further their feeling of isolation or hurt. Spending a little extra time with them during the hard times, showing them understanding and acknowledging their feelings, goes a long way towards lessening a child’s need to test limits and increasing their feeling of contentment.