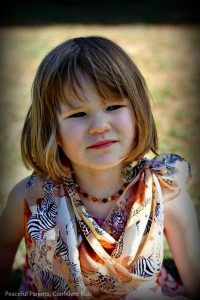 Woah, what a crazy month December proved to be for our little family. Despite resolving to slow right down and keep it simple, we were indeed swept up in the Christmas mayhem.

We tried in earnest to be mindful of the children; their routines and their sensitivities, but unfortunately we were not always at the top of our respectful parenting game during this period. Occasionally we put our needs and wants ahead of our children’s, ensuring no one’s need or wants were actually met.

We ran into trouble with one particular social event (Christmas lunch, no less) at which our children really struggled to relax and enjoy themselves in a
new environment. With the benefit of hindsight we have devised a plan to help our children cope more confidently when placed in unfamiliar places in unfamiliar circumstances.

Our lead up to Christmas was pretty hectic with numerous parties, functions and events. It meant some long days and late nights. On Christmas Day itself, we were excited to spend the morning as a family – just the four of us. The girl’s slept in later than usual (which was surprising given it was Christmas) but we weren’t complaining. It was nice to start the day slowly and we were pleased they would not be over-tired when we later had to head out to catch up with family.

After the morning of opening presents and investigating new treasures, it was time to head to my cousin’s for Christmas lunch. This is when things started to go pear-shaped. Lucy was struggling. Her whining was increasing in the lead up to our departure and from the moment we arrived at our venue for what would be the rest of the afternoon, she lost her Christmas spirit and found it hard to find her feet in this new setting.

As we began to catch up with relatives who had come from near and far, she became more and more clingy, demanding our attention using less than socially acceptable methods. Whilst other children played happily in the beautifully manicured, sprawling backyard, all she could do was to wrap her fingers around the hem of my new dress and demand food, drink, attention and all manner of other things.

As my annoyance in this dependence grew, I took my eye off the ball. I let my own agenda impede the parenting practice that I have passionately developed over the past two years. I was so engrossed (as was my husband) in catching up with my relatives, the ones I spent a good deal of my childhood Christmases with in years gone by, that I didn’t stop to think; to analyse the bigger picture in order to truly hear what was going on for my daughter.

It is not reasonable to expect a young child to break out of their comfort zone independently and in a timely manner in such an unfamiliar environment. Children crave predictability and security and neither of these things were being offered to my daughter at this event.

I thought I tried to support her but I realise now that all I really did was give it lip service. I was bothered by the fact that 100% of these relatives of mine are passionately traditional in their ideas of parenting. I wanted so badly not to have to defend my choice of parenting style. I wanted my children to be as low-fuss as the other children for the day.

I picked Lucy up and took her for a walk around the garden. I acknowledged that she seemed to be having a hard time. I told her I understood and wished I could help. I gently insisted that she knew the other children and I took her to find some of them to help her warm up to them.

By doing this, I thought I was being respectful of her needs. I thought I was listening to her and supporting her but I think what I was really hoping was that these words would appease her enough for me to relax with my aunties, uncles, cousins and grand father and join in the festivities without having her wailing and flailing in my lap.

As you could imagine, she saw right through it. Her behaviour declined and although she had previously begged for us to take her swimming in the pool, she now made the task of getting her into her swimmers so difficult that my aunty could be heard in the nearby kitchen remarking, “What those children need is a good smack!”

This stopped me in my tracks. I was mortified; I was embarrassed, but most of all I was angry. I suddenly wanted to disappear and retreat back to my home and it occurred to me that perhaps that was what Lucy felt also.

She had not been to this house before. Many of the adults there she had not seen since she was a baby. The other children were unfamiliar, having only played with them a small handful of times and we, the parents she was crying out to for help, were distracted and dismissive, not buoying her with kind confidence so that she may unhook her fingers from our hems and venture out of her comfort zone to play.

We left the occasion following an earnest talk from my uncle insisting that by not disciplining our children we were doing them a great disservice. He advised that their whinging, shouting and yelling should be punished as he was gravely concerned they would be ostracised by their peers and given a hard time by their teachers were they not pulled into line quick smart.

As we drove away, my husband and I reflected on how poorly we had handled the day overall. There were three things we decided would have transformed this day for our family.

1. Better Preparation
We realised that we had not prepared the girls before hand. We had not given them enough of the finer details to make them feel confident enough to be able to join in freely with their friends. Philosopher and respectful parenting pioneer, Magda Gerber, taught that children crave predictability and when they can’t predict what their future will entail, they can struggle. By equipping them with the following information on the drive over or even before, they would have felt much more prepared, armoured to face the ambush of a crazy day.

2. A Pre-Designated Safe Zone
We also realised that we should have let them know that we were their safe space. Had we opened ourselves up to them as somewhere they could come to should they need the respite, I am confident they would have felt less like they needed to. A Simple: “If you are feeling a little unsure or upset, you can come to us and let us know and we will be right there for you when you need” would have helped a lot.

3. Responding to Needs With Undivided Attention
Had they taken us up on that offer and approached us or indicated they were having a hard time settling, excusing ourselves from our conversation for the length of time required to fully address their concerns or just to recharge in our company, would have meant they would have been better able to resume their play without us and we could soon resume that conversation where we had left off. 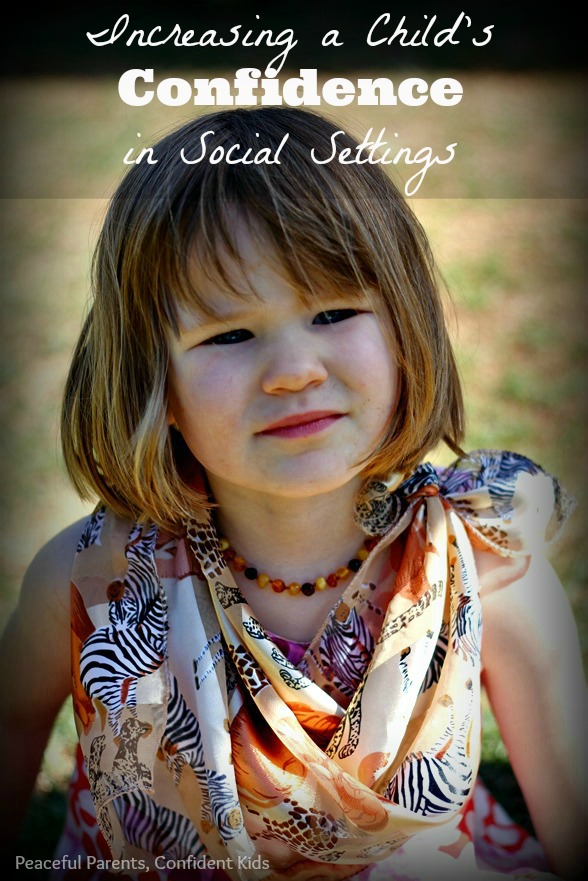 8 thoughts on “Increasing a Child’s Confidence in Social Settings”