We are so lucky to be bringing our children up in a world full of some truly amazing and inspiring music. There are so many wonderful forms of music for children that it is not hard to find something that our little ones will enjoy. The thing is though that music is such a powerful tool but many of us simply let it wash over us as we go about our days, never fully appreciating its power to help us through our lives.

We all know that children can benefit greatly from listening to music. For years, studies have been conducted linking exposure to various music genres early in life with increased academic performance through schooling and beyond. But I have witnessed music do considerably more than just increase academic intelligence. 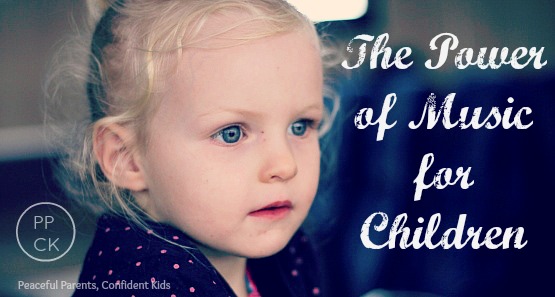 Encouraging the Expression of Emotion

Music is a fantastic tool for encouraging the positive expression of all types of emotion. Even adults going through a tumultuous period in their life will find solace in music. They can use the lyrics, the instruments and the melody to help them to release the heavy feelings that are bottled inside.

Have you ever been to a funeral and held it together throughout the whole service only to succumb to an avalanche of sobbing tears when a musical piece was played? It is as though the music reaches deep within our souls and drags those emotions out in the open, knowing that this release is exactly what we need.

Children can also benefit from this. My three year old daughter, Penny, tends to keep her feelings inside her only to have them explode out when the build up of these tense feelings overwhelms her little body and she can keep them in no longer. I have noticed recently that she has been opening up to me significantly more when I spend time with her listening to music.

Today there was classical music playing in the car as we were driving to the shops together. It was just her and I and after chatting for a little while when we first left home, we stopped and drove in silence the rest of the way. In the rear-view mirror, I saw her staring absent-mindedly out the window. The music was quite dramatic and melancholy and when we pulled into the car park I didn’t think twice about turning it off as I stopped the engine.

Penny immediately protested – “Leave it on!” I acknowledged, “You want to listen to the music a while longer. We are here now. You can listen to some more on the way home.” This did not satisfy her and she started to get more upset. It appeared that her absent-minded stares were not so absent-minded after all. I wondered if she was in fact listening to that music and using its drama to help her work through some feelings.

Being in no hurry, I decided to turn it back on and sit with her in the car a while longer. After I turned it on and sat back in my seat, I looked in the rear-view mirror and saw her bottom lip turn up. She started softly crying. I reached back to hold her hand but she swept it away.

She didn’t want to be comforted, she wanted to cry. So she did, ever so softly, for only a few minutes. Then as quickly as it started, she announced that she wanted to go into the shops.  I turned the music off and enjoyed a beautiful, bonding trip up and down the supermarket aisles with my daughter.

The power of music doesn’t end with expressions of sad emotions. In the same way that music can draw these hard emotions out of us, it can also give us more energy, more motivation and even has the power to make us happier. There is rarely an afternoon that goes by here when we don’t pop some upbeat, fun music on to help buoy our energy and assist the children and I in fighting the end of day grumps.

My four year old, Lucy, is one of the lucky ones. She finds expressing the emotions inside her completely second nature. It is never hard to tell what she is feeling and she rarely keeps things bottled up for too long. But something she has found more difficult, like many young children her age, is staying focused on a task or concentrating with any due diligence for any amount of time.

Whilst I acknowledge that this is age and developmentally related, I can’t help but feel that some part of it is her personality and temperament. I can personally see a lot of myself in Lucy as I found concentrating on tasks a struggle when I was younger. I was the child who NEEDED to have the radio playing whilst I was doing my homework otherwise I simply could not stay focused on what I was doing.

Even as I write this tonight, I have an incredibly short attention span. I become easily distracted and flick between Facebook accounts, parenting articles and phone messages until I put my headphones on and play music. The music not only helps me block out external distractions, but when I choose powerful and emotional music, I find myself being able to channel this emotion and release it in my writing.

It was interesting to me, therefore, when my daughter suddenly began asking for me to play music whenever she was engaging in a focused activity. I would normally have inspirational piano music or something similar playing but she wanted more. Lucy needed to be able to connect with the music.

When she first saw the movie Frozen during one of our family movies night she fell in love with the music.We downloaded the soundtrack and installed it on all our music devices. She now asks to have that playing when she wants to focus or when she is having a hard time.

The outcome of this has been amazing. Where previously she might have attempted to put a puzzle together for 2.5 seconds before wailing that she couldn’t do it and throwing the pieces across the floor, she now sings her way through these tasks without a single detection of frustration.

Or where she once would have quickly painted a few brush strokes across a piece of paper before announcing she was done, with music playing she now carefully considers the colours she uses, the shapes she makes and the stories she tells though her painting. The difference in her concentration is significant and measurable.

Lucy also used to struggle to stay in her room for quiet time as she craves the company of others and finds independent play a difficult. She now asks expectantly if it is quiet time yet and enjoys going to her room to have her time alone with her music playing. She sings with fervent gusto and allows herself to be swept along with the emotion of the music as she builds farms, creates stories in her dolls house and flicks through picture books.

I have always known that music is a powerful source of inspiration for many but I had not really considered Its ability to help children focus on tasks. I love watching her now persevere through tasks where once she would have melted down. Her mind seems to get lost in the music of choice and takes her to a place of contentment and peace.

How about you? Have you found ways to use music to enrich your life? How do your children respond to music in your household? 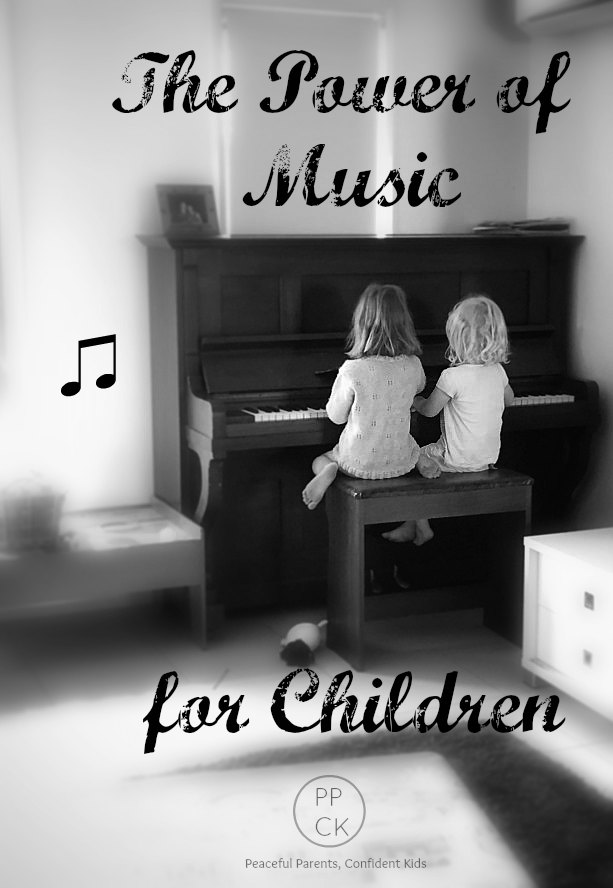 10 thoughts on “The Power of Music for Children”