Very little work for me this week (yippee!!) so more time for playing. The weather turned a little chilly here but the sun still shone so we still made our way outside as often as possible. For a long time now I have struggled with letting my girls play in the mud and get dirty. It’s not that I don’t like this type of play, quite the opposite in fact. I love watching the girls go crazy in dirt but it’s the washing and the redressing that I dislike. Dressing the girls (especially my 2.5 yo) can be quite an arduous, long winded process and once it is done I certainly don’t wish to have to keep having that battle throughout the day. So, whilst,  I would normally dress them in very old, already stained clothing etc for playing outside, what about when they have to go out; to a play date or the shops etc? I don’t really feel happy taking them out covered in dirt and mud. So if I know we are going out, the girls are dressed in clothes that are appropriate and it’s then that I loathe to open that backdoor and let them loose into the dirt pit before we go. But now, thanks to a brilliant invention, I no longer need to worry about this!! 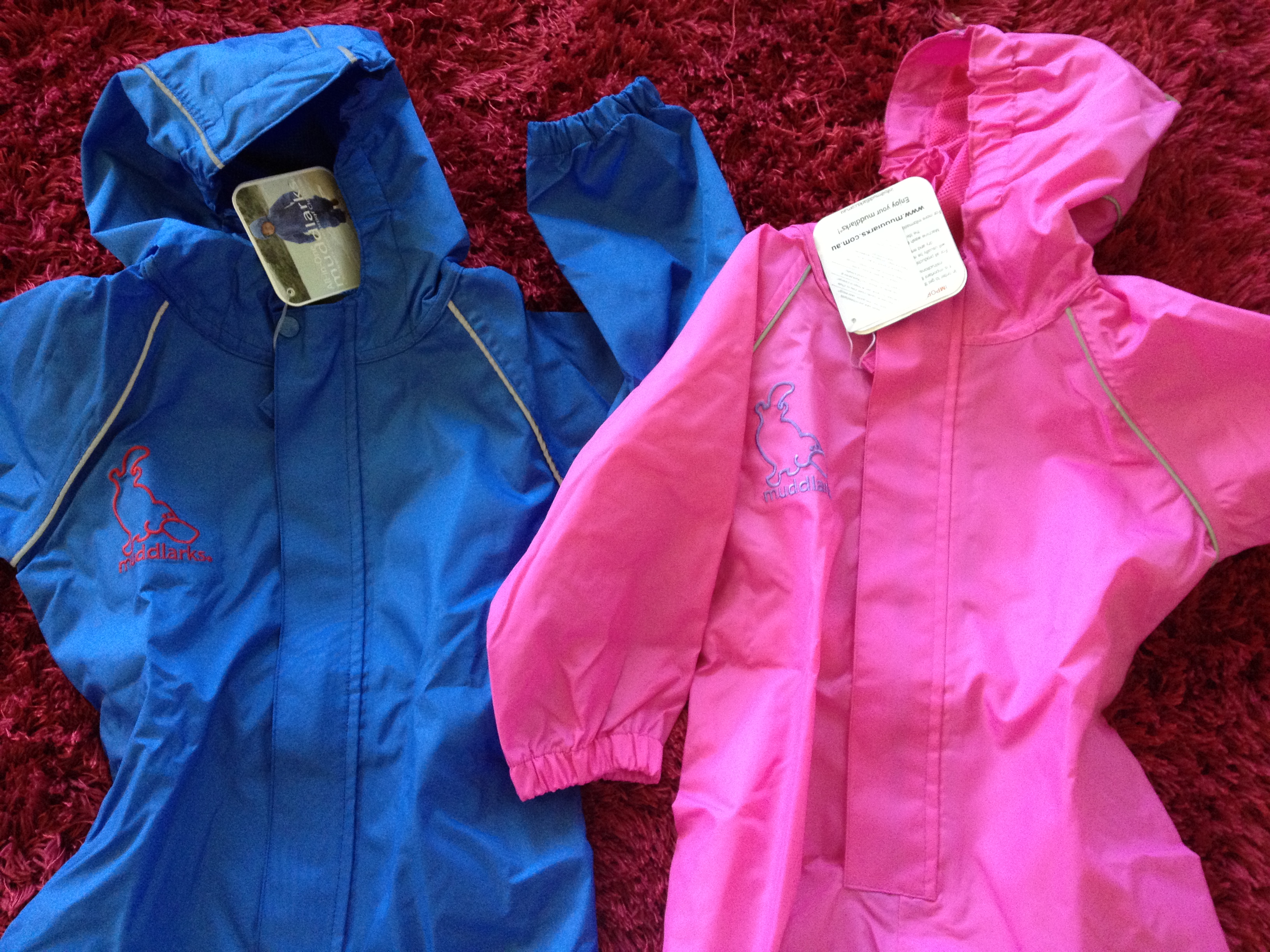 These little treasures arrived here in the post this week and they have completely solved my dirt issues once and for all – Muddlarks. If you haven’t heard of them, I would strongly encourage you to check them out. They are amazing! Simply pull them on the kids as they head outside (straight over whatever they are wearing) and take comfort in the fact that they not only repel water but also dirt!! I literally hosed the kids off when they were ready to come in and then hung them up at the back door. No washing required. In fact, they advise you to wash infrequently to prolong the life of the garment. I wish I had these a year ago. I have no doubt these will be well and truly the most frequently donned apparel my children have. A few of the pictures this week feature our Muddlarks in action. I hope you enjoy 🙂 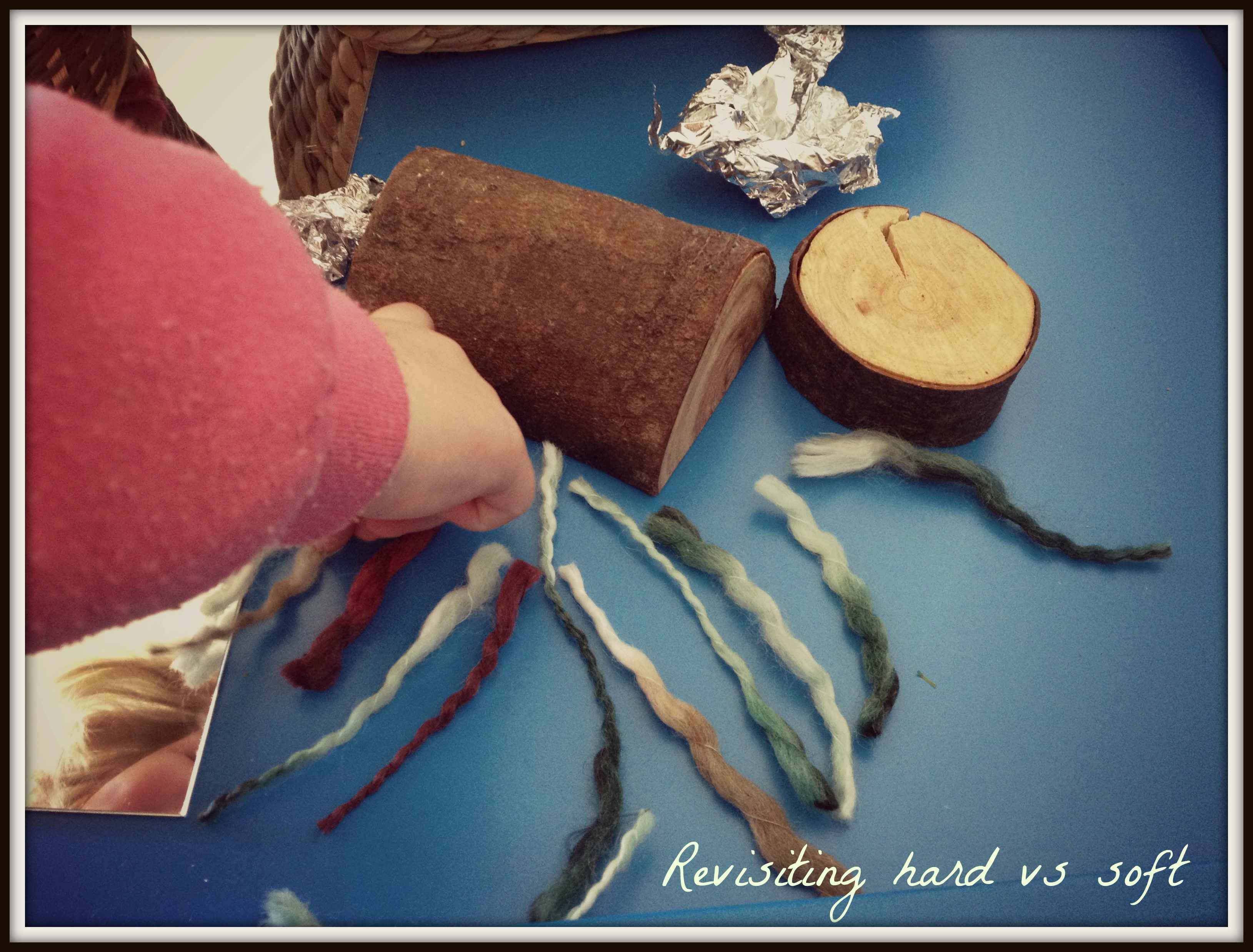 Lucy explored the properties of materials. Once she had delved through the different components of this invitation, I asked her which materials she found hard and which were soft. At first, she was a little unsure about the concept of these two properties.  She thought the tree blocks were hard but when she picked up the wool she told me it was hard too. I asked her if she thought it was as hard as the blocks to which she replied ‘No mummy, the wool doesn’t make any sound, see!’ *bangs a bunch on the table* She then proceeded to pick up each object and bang it on the table to see what type of sound it made (by this stage she had removed most of the foil from around the blocks and so included it in her investigations). She concluded that the louder the sound, the harder the object. It was lovely to see her thought cogs turning from one simple prompt.

PS: she got much delight in removing the foil from the blocks to discover what was inside. I think she thought it was her birthday with so many presents to open 🙂

With a somewhat destructive nature, I thought this invitation would be perfect for Lucy and I was right. After initially exploring the golf tees, she set right into hammering each and every tee into the floral foam before removing most of them and repeating. It was a great fine motor skill activity.

Lucy absolutely loves loose parts! To her, these are her ticket to make mess, to run her hands through them slowly at first, gradually picking up pace and to tip and scatter them into far reaching corners of the room. In the past, we have butted heads over her innate approach she has to playing with these little bits and pieces and I have since shied away from using them in her everyday play. Whilst I had thought it would be a lovely opportunity for her to create in a serene way, she always had other ideas for them that never had anything to do with creating (unless you count creating a mess!). But in the recent months I have begun to embrace this quality in her and started to trust that the learning experiences she is gaining from her approach to play in this way is significant to her, for her age and stage. So, this week I set up this invitation to scatter using many different loose parts. I was surprised by the care that Lucy displayed when she initially approached the activity. Furthermore, although she did tip the contents out after about 5 minutes, they all went pretty much into the mirrored tray where she then studied them, stirred them and ran her hands through them for an extended period of time. She eventually added saucepans and pots to create some ‘dinners’ and over the days I left it out for her and Penny to come back to, she has been remarkably restrained and much more purposeful in her play with them. They are still accessible in the play room for both girls and are being regularly revisited throughout the day. 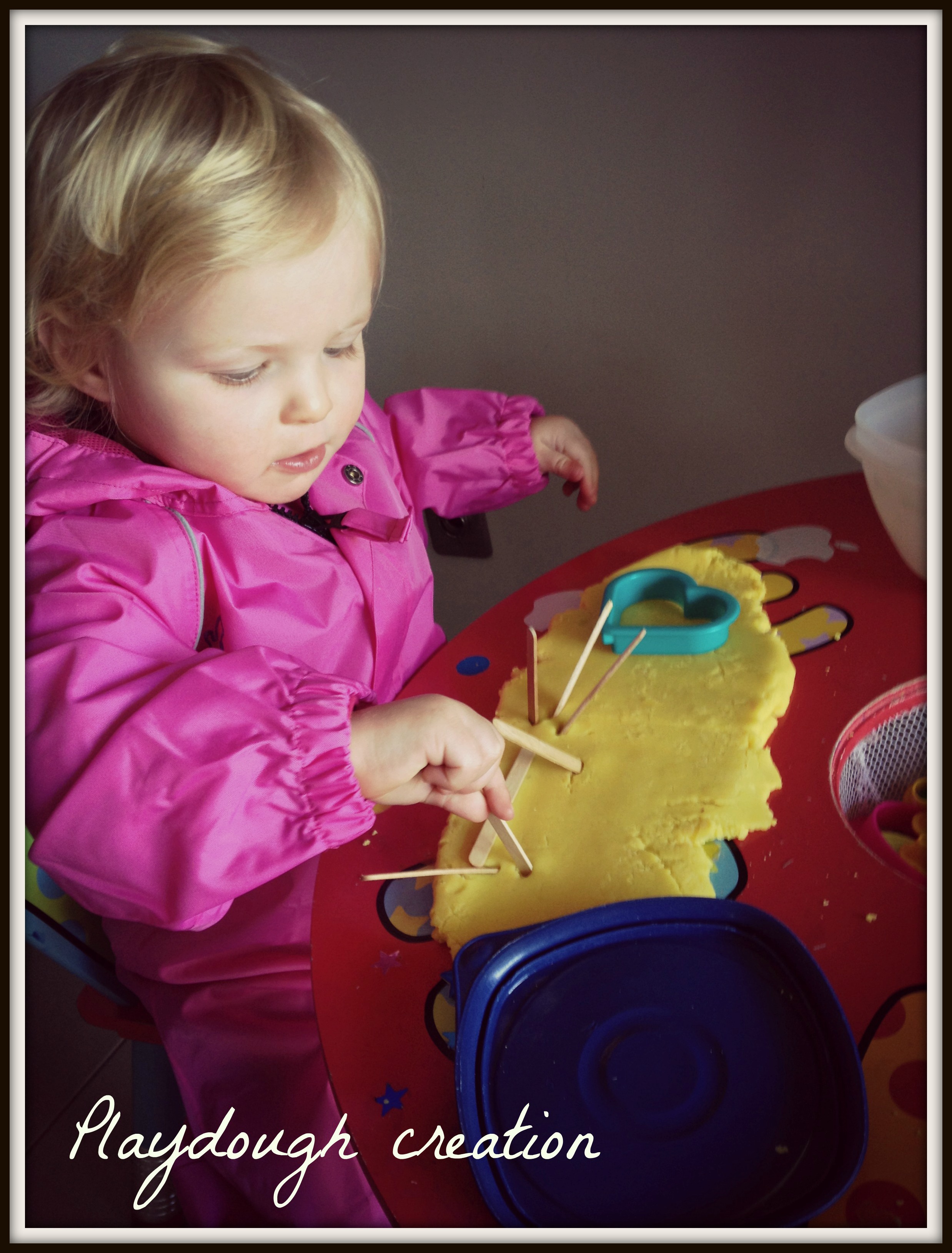 In her new Muddlarks (had to try them on when they first arrived), Penny enjoyed playing with playdough this week. She especially loved poking things into the dough once it was rolled flat. On a side note, I made some beautiful play dough today using the lovely red dirt from the backyard. I will include it in next week’s post 🙂

Muddlarks in action. This lovely sensory play was well received by both girls. These frothy bubbles were easily made by mixing 4 tbs of dish detergent with 1/2 a cup of water and food dye and then blending for a few minutes with a hand blender until soft peaks formed. Add a few pots and pans, cups and spoons and you have a lovely medium to explore and cook up a storm. After most of the bubbles had been emptied into their pots, the girls added bark and dirt to the container and created a big mud pie. They were muddy top to toe but loved being hosed off before they came inside. 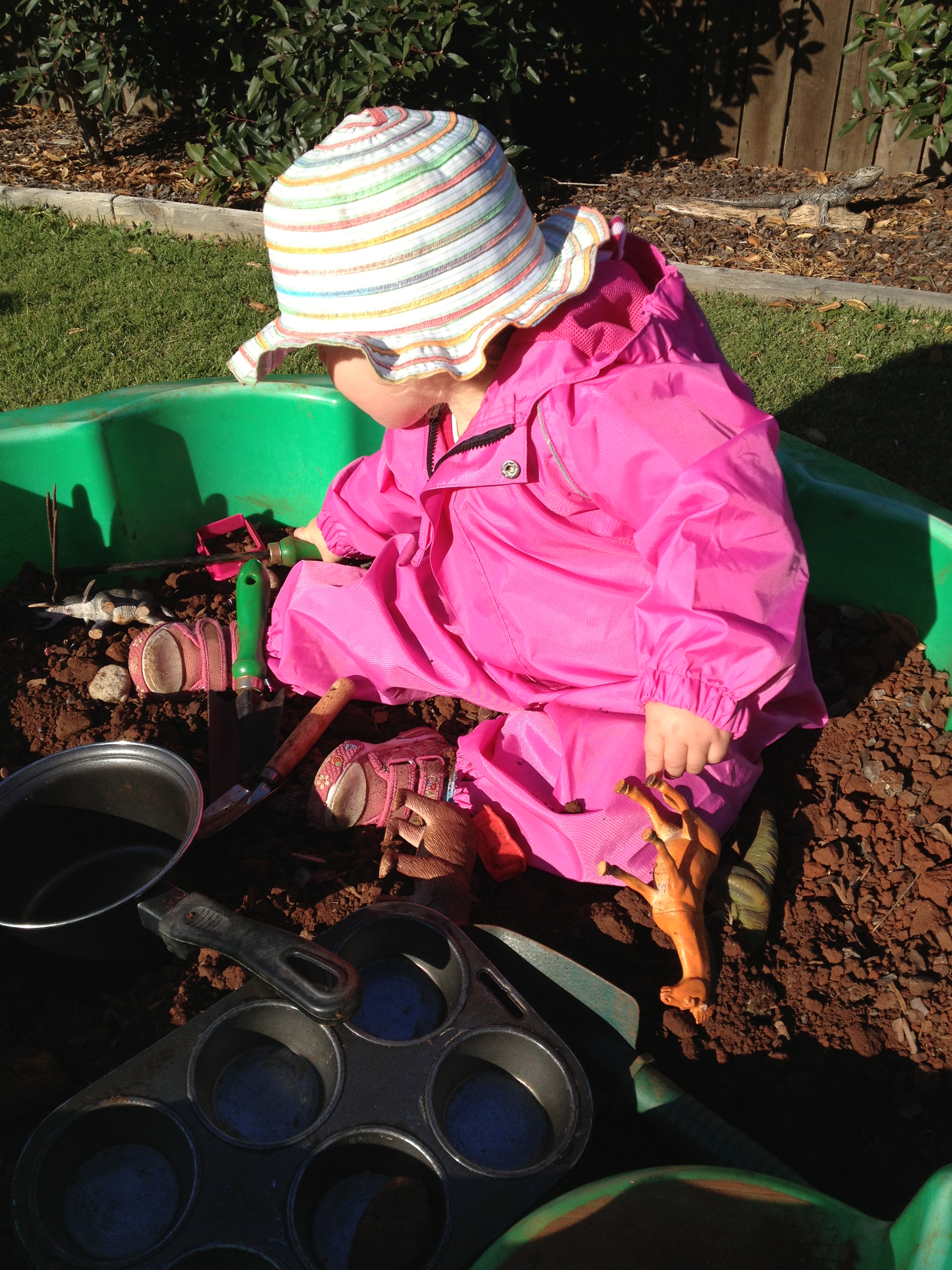 So, I leave you all with this photo of little Penny playing in the dirt pit. Now that the girls are dressed for it, I am going to add a little water to it next week and let them loose. Stay tuned… I look forward to hearing about your week of play. Enjoy your weekend 🙂