Dr. Therese O’Sullivan is a dietitian, lecturer and mother to two young boys. She also happens to one of my closest friends, having spent many mornings and afternoons sharing a commute with her to and from school each day on the train, playing in sporting teams together, sitting through classes together and hanging out every lunch break.
Over the years, life circumstances and distance meant our relationship grew apart somewhat until the powerful bond of motherhood drew us back together. I was so grateful and honoured, therefore, when Therese agreed to write the very first guest post for PPCK on a topic that I am sure we have all struggled with at some point – nappy changes and tooth brushing.

Upon hearing about RIE (Resources for Infant Educarers) from Kate when my first-born was little, many of the principles made sense. However, it wasn’t until my cheeky monkey started pushing boundaries that I really saw RIE work its magic.

Two experiences have stood out – nappy changing and tooth brushing. 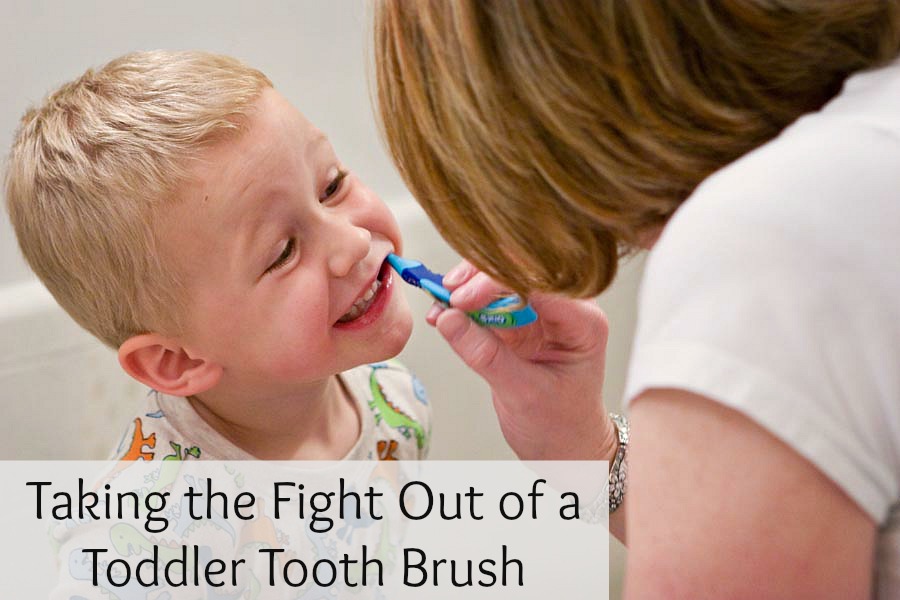 Mr 1 year old was refusing to lie calmly for his nappy change on the change table mat, preferring to run around the house like a manic. He was like Hansel and Gretel leaving a trail of breadcrumbs around the place. Except he wasn’t using breadcrumbs!

Kate suggested offering a him a choice by asking Mr 1 where he would like his nappy changed. She explained that toddlers have a strong desire for autonomy and respond well to feeling a degree of control over matters involving their care.

Within a couple of minutes, he had chosen his place and proceeded to lift his legs in the air, ready for changing. Nappy changes have been relatively a breeze since.

On one occasion, I asked him to choose his nappy change place but then became side tracked with something else. About 5 minutes later, I caught a glimpse of him as I walked past a room – he was still lying there patiently, waiting for his nappy change with his legs up in the air!

This success inspired me to apply RIE to other situations. Unfortunately, not all situations are as easily addressed as the nappy change issue. Having turned 2, my little man was now objecting to having his teeth brushed. In the midst of my husband hanging him upside down and tickling him so I could stick the brush in his mouth, it occurred to me that this was not respectful parenting. There was no partnership where we valued his input in these situations. We were doing things ‘to’ Mr 2 rather than ‘with’ him.

I started to brainstorm some alternatives. Mr 2 liked songs, so I decided to incorporate that into our routine. At teeth brushing time, we went to the bathroom, allowing extra time for us to slow the process right down. I closed the doors. I explained to him that brushing keeps his teeth healthy and that I wouldn’t let him leave until we’d done his teeth. However, it was up to him when he wanted to do it. To help entice him, I also mentioned that there was a special teeth brush song I’d sing while brushing his teeth.

I sat in the corner and prepared myself for the long haul. Of course, having been given the choice, he was not interested in teeth brushing.  He was much more interested in emptying the rubbish bin, redistributing the contents of the bathroom cabinet draws and hiding behind towels.  I stayed calm and didn’t rush him… I likened it to conducting an experiment.

Mr 2 would come over and want to hear the song, but not stand close enough for teeth brushing. I stayed where I was – I explained that the song was a special song just for teeth brushing. Each time he came over he’d stay longer. About 45 minutes later, he came up, opened his mouth and we had a proper teeth brush while I sang the toothbrush song.

The song I’d made up (to the tune of ‘Soft Kitty’, for those who have seen ‘The Big Bang Theory’!) went:

Top teeth, bottom teeth, can I brush your tongue?”

The last bit was to add a bit of silliness and he enjoyed sticking out his tongue. Once I’d gone through the song twice, it was then his turn to brush his own teeth, which he quite liked.

Over the course of one and a half weeks, the time Mr 2 would take to come over for his teeth brush gradually improved, until eventually he came straight over. Brushing teeth was now an enjoyable part of the bedtime routine for everyone. Down the track, he was even allowed to squeeze the toothpaste onto the brush.

This second example of using RIE took longer, but our patience paid off.

I used to get stressed out and upset when my toddler threw different ‘challenges’ at me. Now, I see opportunities to exercise the old grey matter by using RIE as a basis for problem solving (hmmm… how are we going to deal with this one??). As a result, it is easier to stay calm and come up with a win-win situation. Some solutions take longer to work than others, and sometimes the first idea won’t work. But remaining respectful and working with our child has been completely worth it in the end.

26 thoughts on “Taking the Fight Out of a Toddler Tooth Brush (Guest post by Dr. Therese O’Sullivan)”